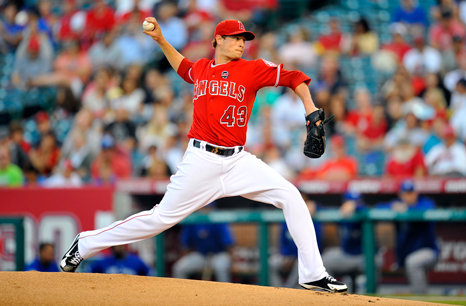 The Los Angeles Angels of Anaheim clinched first place in the American League (AL) West Division with their decisive 5-0 victory over the Seattle Marines on Monday night, September 15. They were the first team to secure a playoff spot in the 2014 Season with a standing of 95-57. The Angels last division title was back in 2009, when Vladimir Guerrero, Chone Figgins, John Lackey, and Torii Hunter led the team. Since 2009, the AL West Division was mainly dominated by the Texas Rangers and the Oakland Athletics. The Angels have made many attempts to regain the AL West division crown with the signing of many star players, including Albert Pujols, CJ Wilson, Josh Hamilton, and Mike Trout. However, the Angels found little success even with the addition of the new players.

The Angels’ success in the 2014 season can be primarily credited to the healthiness of most of their veteran players. Key players such as Albert Pujols, Erick Aybar, and Howie Kendrick each suffered minor injuries and were able to play in over 140 games. Although the Angels’ star player, Mike Trout, is having his worse season yet, he is leading the league in Runs Batted In (RBI)/Runs/Total Bases, with a record of .291/.381/.567. While Trout is not performing as well as his previous seasons, his strong and consistent performance in the 2014 Season has made him a popular candidate for the MVP award. Kendrick holds the highest batting average of the Angels with an average of .290, which only tops Trout’s batting average by .001. The Los Angeles Angels’ solid performance this season has resulted in playoff tickets’ prices rising by 400%. This tremendous price increase is generally due to this year being their first playoff appearance in five years. Another factor for the massive price increase of playoff tickets is that this will be the Angels’ star player, Mike Trout’s, first career playoff appearance.