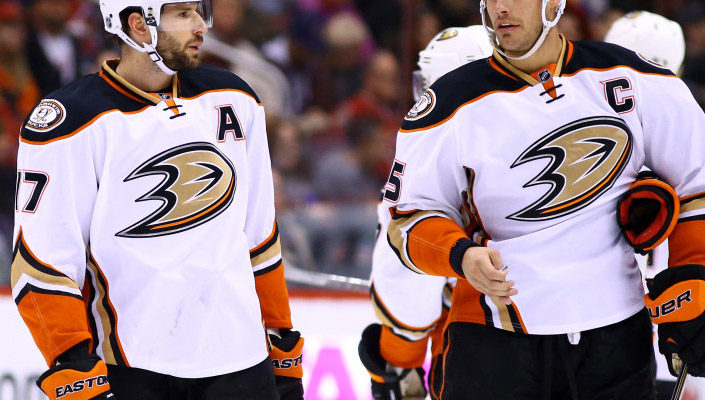 Ducks’ fans rejoice! The Anaheim Ducks have had an amazing season so far, and its about to get even better. 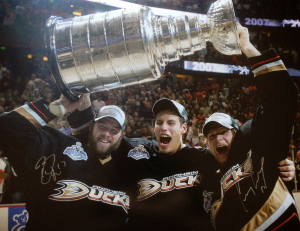 History of the Ducks
The Anaheim Ducks was first founded in 1993 by the Walt Disney Company as the Mighty Ducks of Anaheim. The name had originated from a 1992 Disney film: The Mighty Ducks. Ron Wilson was selected to be the team’s coach. The Mighty Ducks of Anaheim’s first game was played at home at the Anaheim Arena against the Detroit Red Wings on October 8, 1993, which ended in a loss of 7 – 2. The team quickly rebounded by earning the franchise their first victory two games later against the Edmonton Oilers 4 – 3. The team, lead by captain Troy Loney, entered the Western Conference in their first season in eighth place and finished the season 33-46-5. 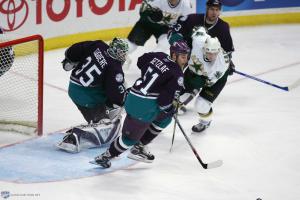 The franchise was sold in 2005 to Henry and Susan Samueli, who changed the name of the team to the Anaheim Ducks by dropping the “Mighty” in the 2006-07 season after consulting the fans, who were eager to update the team’s name and jersey while keeping part of the traditions of the franchise. In that very same season, the team adopted a completely new look of black, gold and orange with the word “Ducks” on the front of their jerseys. The team’s jerseys were previously jaded green, purple, and white with a “duck mask” as their logo. Since the establishment of the franchise, the Ducks have made the NHL playoffs ten times and won three Pacific Division titles, two Western Conference championships, and a Stanley Cup. 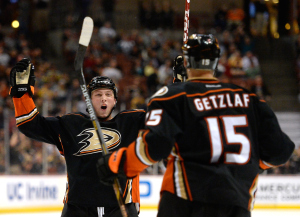 Slow Start
The Anaheim Ducks did not experience success until the 2002-03 season, when the team, under coach Mike Babcock, emerged as the Western Conference Championship for the first time ever. The team found little success afterwards until the Oilers traded Chris Pronger, a strong defensive player, to the Ducks in the 2006 – 2007 season, in exchange for Joffrey Lupul, Ladislav Smid, and a first round draft pick. This trade gave the Ducks both a solid offense, as well as defense, which the team had previously lacked. After a successful 2006 – 2007 regular season under coach Randy Carlyle, the Ducks continued their triumph by defeating the Ottawa Senators in the 2007 Stanley Cup Finals 4 – 1 for their first Stanley Cup and became the first California and west coast hockey team to win the Stanley Cup.

Since the Ducks championship in 2007, the team has been unable to reclaim their title. The team was unable to defend their championship due to losing two fan favorites, Scott Niedermayer and Selanne, who had contemplated retirement. General manager Burke signed forward Todd Bertuzzi and defenseman Mathieu Scheider, but the two could not fill the large gap that Niedermayer and Selanne had left. The Ducks have slowly made a comeback, winning the Pacific Division title in the previous two seasons, but have been unable to reemerge as Western Conference champions. 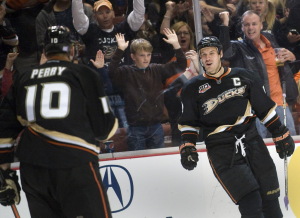 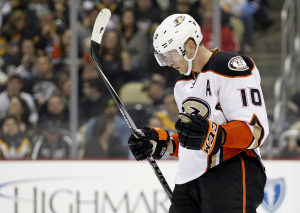 Unfortunately for the Ducks, forward Corey Perry, 2011 NHL MVP, suffered a knee injury when he was hit by a low hip check on December 5, 2014 during a game against the Minnesota Wild. This injury has caused Perry to sit out for three to four weeks. Perry has scored 14 goals, this season, which is one less than the leader Matt Beleskey, despite missing out on six games in the previous month. With a total of 22 points in 23 games, Perry’s injury has caused a minor setback to the team’s offensive execution. Nevertheless, the team has been performing unexpectedly well without their star forward.

Looking forward, the Ducks expect to continue their success with the return of Corey Perry. As the first seed team in the Pacific Division, the Anaheim Ducks are currently set to faceoff against the second seed team from the Wild Card Division in the Western Conference, which will take place after the regular season, which ends in April 2015.

Previous: Jeremy Lin: The Road to the Lakers
Next: The “Fight of the Century”