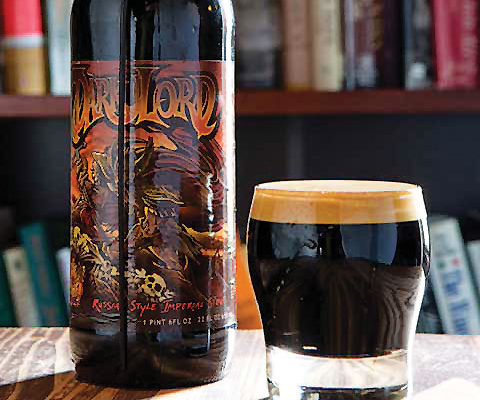 Craft Beer has become popular over the past years in California, with its original booming states like Colorado and Oregon. Beer lovers everywhere have fallen in love with the delicious taste of “homemade” beer rather than a package “corporation” brew. Today’s American craft beer resurgence means more opportunities than ever to enjoy handmade ales and lagers from some of the nation’s best breweries. In 2014 alone, the number of total craft breweries in the United States reached over 3,000 — a far cry from the 298 breweries of 1990.

The trend is on the upswing internationally as well, with thousands of new breweries popping up worldwide, each offering their own exceptional take on classic beer styles. While it’s daunting to narrow down any list of great craft beers, the industry’s booming growth means it’s easier than ever to enjoy an abundance of contenders. Here are some that will surely wake up your taste buds and make you cry out for more! North Coast Brewing Le Merle – The Belgian yeast in this Saison hits you from the first sip, with strong citrus and clove notes. It’s very crisp farmhouse ale with high carbonation – almost champagne-like – and has a wonderfully clean finish. It has a remarkably high ABV for a Saison, but you’d never know that as you drink it. (ABV: 7.9%) 101 North Stigmata American Red Rye Ale – An incredibly layered beer, you’re hit with the rye up front, but that quickly segues into a caramel sweetness. From there, the bitterness of the ale has its moment in the spotlight, before finishing once again with a hint of rye. It’s something that shouldn’t work as well as it does, but it leaves you wanting more. (ABV: 6.9%) Figueroa Mountain Lizard’s Mouth IPA – California IPAs tend to be loaded with hops favoring citrus and pine flavors. Lizard’s Mouth, though, leans more to the floral side of the spectrum. There’s virtually no bitterness, which is shocking given the amount of hops used in the beer. Fruit notes lean more towards cantaloupe and perhaps a hint of pineapple. (ABV: 9.2%) Stone Ruination IPA – The hops in this palate-buster punch you in the mouth with your first sip of this over-the-top IPA. Stone gleefully crows about the bitterness and the overwhelming happiness on the bottle and they’re not exaggerating. If you adore hops, this is your nirvana. If you’re a fan of IPA’s looking for something stronger, you might want to work up to this, as the bitterness lingers long after you’ve put down the glass. (ABV: 8.2%) Bear Republic Racer 5 – Hoppy and full-bodied, this IPA has a big citrus taste (with an emphasis on tangerine and grapefruit). That’s balanced with a nice malty caramel. It’s a wonderfully thick beer that goes down incredibly smooth – with no bitter finish. Racer 5 has been building a reputation for a while now and, assuming the drought doesn’t further impact the brewer, could be poised to be the next IPA sensation. (ABV: 7.5%) Kriek -is part of the brewery’s Los Innovators series of wild fermented ales. Inspired by the time-honored Belgian Lambics, it’s fermented with Michigan tart cherries and a blend of Lactobacillus and Brettanomyces wild yeasts, and then aged in oak barrels for two years. Interestingly, no hops are used, as the sourness provides its own balance to the un-malted wheat and two-row barely malt. (ABV: 8.5 %) Fresh Squeezed IPA -India Pale Ale, Crystal and Munich malts are balanced with a generous dose of Nugget, Citra and Mosaic hops to create this IPA from Deschutes, which results in a strong citrus flavor reminiscent of fresh grapefruit. Originally a favorite at Deschutes’ brewpubs in Portland and Bend, Oregon, it’s now available for the masses to enjoy. (ABV 6%) Dark Lord Russian Imperial Stout– aged in a variety of Bourbon barrels with vanilla beans. This has no alcohol feel to it, at all, which is amazing. It’s definitely warming, and by the end, you’re feeling the rush, but you wouldn’t know it along the way. This has one of the thickest bodies and mouth feels, very silky and chewy, at the same time. Fairly low level of carbonation, but still there, keeping it drinkable. (ABV 15 %) Heady Topper– The Alchemist Brewery. Pours a hazy golden orange color. The nose contains citrus fruits, pine and some breadiness. The taste is really well balanced and juicy. A really soft bitterness fades quickly on the dry finish. This particular beer contains Mango, and citrus hops, and Pineapple flavor to it. It has very little malt flavor or aroma. (ABV 8%)