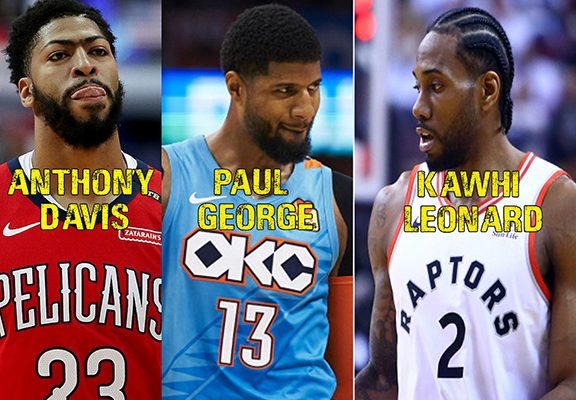 The earthquakes from the 4th of July weekend aren’t the only things shaking up
Southern California. With the NBA preparing for the 2019-2020 basketball season,
new players have emerged their way to Los Angeles and it has everybody talking
about it nonstop! Both the Los Angeles Lakers and the Los Angeles Clippers have big names making LA their new NBA home. Everybody, prepare for a bunch of
bandwagon fans that will suddenly be reppin’ the West Coast as their best coast.

Major Players Coming Back to Their Roots

The Clippers jolted NBA fans young and old when they made their announcements
that they would be getting free agent Kawhi Leonard who currently belongs to the
Toronto Raptors, and 2019 ESPY Award winner Paul George who currently belongs
to the Oklahoma City Thunder. Both small forwards are no strangers to the SoCal
region, with Leonard being from Los Angeles and George being from Palmdale. 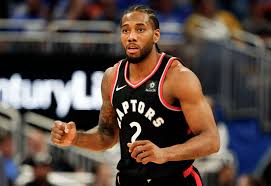 Leonard has had two NBA Championships and has earned the title of Finals MVP
after he led the Toronto Raptors to their first NBA Championship. During Game 7
against the Philadelphia 76ers, Leonard hit a shot from the corner at the buzzer that
bounced off the rim four times before falling to give the Raptors a 92–90 victory
over the 76ers to advance to the Eastern Conference Finals. He finished the game
with 41 points on 16-of-39 shooting.  This was the first Game 7 buzzer beater in
NBA history that will go down as one of the greatest moments in Leonard’s career
and in NBA history. This has made him a living legend among his other NBA
counterparts. 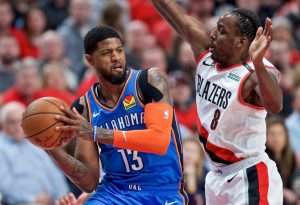 Paul George of the Thunder is a seasoned player who is a six-time NBA All-Star and
five-time All-NBA Team selection, as well as a four-time member of the NBA All-
Defensive Team. He was named Western Conference Player of the Month for
February after he scored 45 points and hit the game-winning floater with 0.8
seconds left in the second overtime to lift the Thunder to a 148–147 win over the
Utah Jazz.

Redemption for the City of Angels

The Lakers have given their fans a hope of redemption after announcing that they
would be getting power forwards and centers DeMarcus Cousins of the Golden State
Warriors and Anthony Davis of the New Orleans Pelicans. Both NBA superstars
hailed from the University of Kentucky and it has made LA basketball fans go
absolutely insane, as they should! It’s been a long time coming for us! 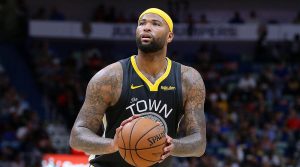 Before moving to the Lakers, Cousins played for Golden State Warriors, making his
debut in January of 2019. He scored a season-high 28 points to go with 13 rebounds
in a 116–102 win over the Denver Nuggets back in April, but was soon ruled out

indefinitely after suffering a torn left quadriceps in Game 2 of the first round of
the playoffs. However, he did make a comeback just in time for Game 1 of the NBA
Finals against the Toronto Raptors. Soon after the defeat, he signed a one-year
contract with the Lakers. 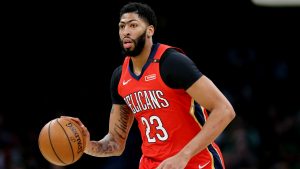 Anthony Davis has come a long way from his days as a Wildcat at the University of
Kentucky. Davis started the 2018-2019 season with the Pelicans by scoring 32
points, 16 rebounds and a career-high eight assists to go with three blocks and three
steals in a 131–112 win over the Houston Rockets. He became the eighth youngest
player to reach the milestone of having 10,000 career points at 25 years old. In the
beginning of 2019, Davis informed the Pelicans that he would not sign a contract
extension in the coming off-season, and requested a trade with eligibility to become
a free agent in the summer of 2020. In July, the Pelicans reportedly agreed to trade
Davis to the Los Angeles Lakers in exchange for Lonzo Ball, Brandon Ingram, Josh
Hart, and three first-round draft picks, including the Lakers’ No. 4 overall selection
in the 2019 NBA draft. 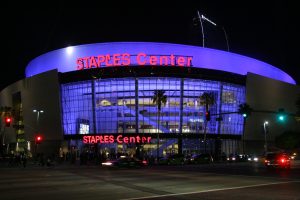 With the 2019-2020 season fast approaching, Los Angeles has a chance to come
back with a bang and even win an NBA title this coming season. The odds are
definitely in the Lakers and Clippers favors with their new team additions. Is this
the answer to our prayers that we LA basketball fans been waiting for? Staples
Center will definitely be the most sought out place to hangout!

Previous: A Venue For Everyone: The Observatory
Next: Your Outings Can Be So Much “Suite-er” with Suitehop